To apply for departmental awards and scholarships, complete and submit the form online.

Every spring term, continuing Aero students are invited to apply for department endowed scholarships and awards.  A call for applications is emailed to all eligible students in December/January.  For more information, contact Cpurtney McLearin, cmcleari@illinois.edu. To be eligible for the following scholarships, students must be a registered undergraduate student in the current academic year in which it is awarded. To apply, complete and submit the form online.

Each of the awards/scholarships/fellowships listed below come with a monetary award as well.

Mike Miller graduated from the Aerospace Department in 1977 and was one of the founders of Orbital Science.  With over 40 years of experience as a venture capitalist in the aerospace industry and Director and Founder of Comspace Development, Miller created the award to encourage entrepreneurial innovation in the Aerospace Engineering industry.

This award was established to increase awareness of entrepreneurship in aerospace engineering.

Professor McCloy was the first faculty hired in the new Department of Aeronautical Engineering.  He was known for his research and teaching in propulsion and for his pioneering work in jet propulsion.

This scholarship is awarded annually to an Aerospace Engineering student in recognition of excellent academic performance.

Lee Sentman began his career as an assistant professor at Illinois in 1965, after earning a bachelor's degree in Aeronautical Engineering at Illinois in 1958.  Among Sentman's research interests was his interest in chemical lasers.

Awarded annually to an Aerospace Engineering student in recognition of excellent academic performance.

In 1944, at the age of 27, Professor H.S. “Shel” Stillwell founded the Department of Aeronautical Engineering at Illinois and remained head of the department for 32 years. Stillwell was influential in the design of the first ramjet-powered missile and highly respected for his contributions to aerospace engineering education.

The scholarship is awarded annually to an Aerospace Engineering student.

This scholarship was set up by a generous alumnus as a tribute to H.S. Stillwell and the role he played as a mentor to students.  The scholarship is awarded annually to an Aerospace Engineering student who exhibits good problem-solving skills.

This award in his memory is presented annually to an undergraduate student. The recipient is selected for outstanding leadership qualities as exemplified by his or her participation in departmental extracurricular activities.

Professor Strehlow joined the aero faculty in 1961.  He was an early advocate of microgravity combustion research and was the first AIAA Fellow in the Department of Aerospace Engineering.

The scholarship is awarded annually to an Aerospace Engineering student in recognition of excellent academic performance.

Craig Sutter is a 1971 graduate of the Department of Aerospace Engineering.  He created the scholarship in honor of his father who had a passion for flying. By the age of 31, H. Everett Sutter earned his private license, commercial license, and instructor rating. As a certified flight instructor, he worked as a part-time instructor out of what was then Detroit City Airport and owned four airplanes over his lifetime.

The scholarship is awarded annually to an Aerospace Engineering student who is “uniquely passionate about flying."

This award is presented to an undergraduate student in recognition of outstanding academic performance.

In 2013, in partnership with The Grainger Foundation, The Grainger College of Engineering launched an ambitious initiative to raise $100 million in endowment support with a special emphasis on unrestricted scholarships. The Engineering Visionary Scholarship Initiative has since paved the way for hundreds of deserving students to make their dreams of becoming an engineer a reality.

The Engineering Visionary Scholarship Initiative attracts the brightest students, ensures a diverse and talented class, and helps reduce debt. We place a particular focus on highly qualified students from the state of Illinois.

Professor Scott White was a faculty member in the Department of Aerospace Engineering from 1990-2018.  He was a visionary researcher in the area of composite materials and was instrumental in creating the field of self-healing materials.  Professor White was deeply committed to providing undergraduate students with research opportunities.  He cared for his students and pushed them to reach their fullest potential.  For those students who knew him best, he was a wonderful mentor who was extremely driven and who always set the highest standards for his students.  The fund was created to encourage and recognize undergraduate research in the Department of Aerospace Engineering.

In 1970, the aerospace industry began a significant and continuing decline in both sales and employment which extended throughout much of the decade.  The Aeronautical & Astronautical Engineering Department had an incoming freshman class of over 100 students in the fall of 1973.  By the time these students were seniors, their graduating class numbered 26.  Since their graduation, members of the Class of ‘77 have shown a deep commitment in advancing department initiatives.

Professor Rodney Burton joined the department in 1989.  His primary research was in the area of combustion and propulsion.

Jack Gisinger received his undergraduate degree from the Aerospace Department in 1971.  He had a 35-year career at SAF-Holland, Inc. where he retired in 2015 as President.

Michael Lembeck received all three degrees in aerospace engineering from Illinois (BS '80, MS '81, PhD 91).  His career in the space industry spanned over 30 years.  In 2018, he began his teaching career in the department as lead instructor of Senior Design and Director of the Laboratory for Advanced Space Systems at Illinois.

AE Alumnus Craig Bolt’s career at Pratt & Whitney extended over 40 years, where he retired as Chief Engineer of their “next generation” jet engine program.  In addition to being a 1973 graduate, he is a longtime member of the AE Alumni Advisory Board and supporter of the department.

The University of Illinois Office of Student Financial Aid has a database of many scholarships, ranging from college to university wide scholarships.

There are also many campus awards and College of Engineering awards for which you can apply.

Aero students may be eligible for several types of financial aid, including scholarships, grants, loans, and federal work study. Details on these programs can be found on the University of Illinois Admissions website. 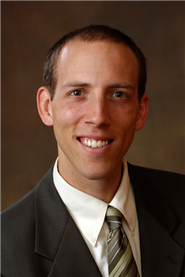 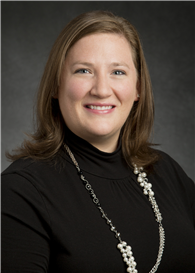 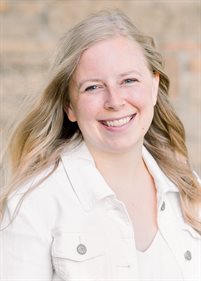 Explore the opportunity to elevate your career with an Online Master of Science degree that is a non-thesis, non-research program.