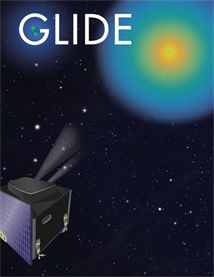 The Department of Aerospace Engineering will play a role in a newly funded $75 million NASA project – one of two SmallSat missions that were selected—to share a ride to space in 2025 with the agency’s Interstellar Mapping and Acceleration Probe.

“Global Lyman-alpha Imager of the Dynamic Exosphere,” will be led by Lara Waldrop, assistant professor and Y. T. Lo Fellow in the Department of Electrical and Computer Engineering at the University of Illinois Urbana-Champaign. GLIDE will help researchers understand the upper reaches of Earth’s atmosphere – the exosphere – where it touches space.

Scientific analysis of GLIDE's mission data will be conducted at the GLIDE Science Data Center, located in UIUC’s Laboratory for Advanced Space Systems at Illinois which is directed by AE faculty member Michael Lembeck. Graduate and undergraduate students will be involved at all stages of the project--gaining valuable real-world space experience.